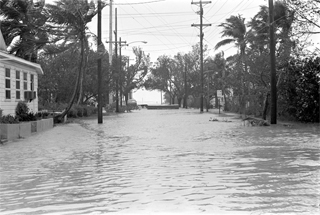 Kevin McCarty, Florida Insurance Commissioner and top regulator voiced his concern over federal flood insurance rates in a letter to state Senator Jeff Brandes. McCarty stated they were “unfairly discriminatory” and will ask U.S. officials for data that may possibly help private companies set rates and compete. “The averaging together of zones with different costs and charging one rate would be considered unfairly discriminatory from an actuarial perspective which would not pass scrutiny under Florida law.”

Brandes told The Palm Beach, “It confirmed what we knew: There’s no justification for these rates.”

Federal flood insurance rates are not under the control of state regulators. Florida officials say the state has approximately 37 percent of all the flood polices in the National Flood Insurance Program- but is paying out a lot more than it gets back under the program. Evidence suggest the National Flood Insurance Program has paid out 28.3 cents in losses for every dollar in premiums collected in Florida from 1978 to 2012, these rates are affecting more than 2 million Floridians, McCarty said.

“This is not an alarming loss ratio and does not seem to suggest that dramatic increases are needed for Florida Risk,” McCarty wrote.

The national flood program’s $24 billion debt gave rise to the 2012 overhaul in Congress which opened the door to rate increases of up to 1,000 percent for some property owners in Florida and several coastal states. That sparked commotion from consumers and business groups that the rates were crushing real estate sales and paralyzing local markets.

Approximately one in five policies nationally, and about 5,000 in Palm Beach County, fell into the category of homes facing the biggest hikes. A GOP-led Congress redrafted the law governing the flood program in 2014. The law now allows rate increases up to 18 percent a year for homeowners, along with additional surcharges.

“Floridians deserve to know if the rates they are paying are based on fact or fiction. I believe it is the role of the state to provide that transparency.” Brandes said.

Brandes sponsored a bill that was passed and came into effect last year to encourage private insurers to enter the market, which currently remains dominated by the federal programs. In a recent letter to Florida congressional delegation, Brandes called for greater access to federal loss-history data in an effort to help provide that transparency.

A few private companies have ventured forward. Take Tampa-based insurer Homeowners choice for example, who recently announced in 2014 that it would offer a limited number of flood insurance policies as a state-regulated carrier.

The private industry has remained involved and continues to reap premium benefits. The Palm Beach Post found last year that private agents and insurance companies have pocketed one in three governments flood premiums dollars to sign up people and administer policies all while assuming no risk.

Watchdogs including Congress’ General Accounting Office have look into about $10 billion in fees since the 1980s private middlemen.