Among the lessons to be learned from Hurricane Katrina are that communities and all stakeholders should prioritize flooding as the greatest risk, devote more resources to preventive measures rather than post-event disaster relief, and address current infrastructure weaknesses, according to a comprehensive white paper from a global insurer and leading university.

Building resiliency is a complex challenge that requires actions from governments, business owners, non-governmental organizations and individuals, say the authors of Beyond Katrina: Lessons In Creating Resilient Communities, released by Zurich Insurance and the Wharton Risk Center at the University of Pennsylvania.

The white paper outlines flood resilience strategies implemented since Katrina deluged New Orleans and the surrounding Gulf Coast region. At the same time, Beyond Katrina acknowledges that cities are still at risk in the face of extreme weather.

Katrina delivered a devastating blow: it took more than 1,800 lives and cost an estimated (in 2015 dollars) $127 billion. The storm generated the largest aggregate insurance loss in history of insurance—$41.1 billion and more than 1.7 million claims. The National Flood Insurance Program (NFIP) had to borrow $18 billion from the Treasury to cover flood-related claims from Katrina and other storms in 2004 and 2005.

Mike Foley, CEO of Zurich North America Commercial, said the insurer hopes that Beyond Katrina will “act as a catalyst for the discussion and collaboration necessary at a corporate, policy and community level to improve the current state of resiliency in the United States and abroad.”

“As the past decade has shown, we have entered a new era of catastrophes,” said Dr. Erwann Michel-Kerjan, executive director of Wharton’s Risk Management and Decision Processes Center. “Either we pretend they will not happen to us, or we join forces to make resilience a national priority. This requires new knowledge to help design measurable solutions.”

“Reducing the exposure to damage before disasters occur is one of the most important lessons to take from Hurricane Katrina,” said Howard Kunreuther, professor and co-director of Wharton’s Risk Management and Decision Processes Center. “Thinking through these issues after the fact only ensures that we struggle more, pay more, and sow the seeds for even more costly efforts in the future.

According to the Beyond Katrina white paper, there are five main issues communities and stakeholders should strive to address:

Most people affected by the flood in New Orleans were uninsured, according to the report, which cites a New York Times study that found that in the Louisiana parishes affected by Katrina, the percentage of homeowners with flood insurance ranged from 58 percent in St. Bernard to 7 percent in Tangipahoa. Also, few homes or public buildings were designed to deal with storm surges.

According to the authors, homeowners who did have insurance were lulled into feeling they were safer than they really were because premiums were low.

“The lessons of Katrina call for a better balance between pre- and post-disaster spending to help reduce the devastating impact of severe storms. There is growing momentum across the United States to address the weather resilience gap. Yet the pressing question remains: What is the best formula to pay for these resilience initiatives?” the white paper asks.

The report suggests that risk-based insurance pricing can foster community resilience by alerting residents and businesses of the risk their property face from future hurricanes like Katrina or Sandy, while at the same time reducing premiums for those who invest in loss-reduction measures.

The authors acknowledge that many residents in high-risk areas can’t afford the cost when premiums reflect risk. They suggest property improvement loans could be used to fund building changes to mitigate wind and storm surge-related losses. The reduction in the price of insurance coverage due to the improvements might, over time, fund the entire cost of the loan, according to the authors.

The report suggest that means-tested vouchers could be used to help property owners and businesses pay for such a loan program and higher insurance premiums.

It also suggests that the flood insurance could be required and linked to mortgages and that building codes be enforced. Making the community more resilient to disasters will increase property values over time, the authors say.

The authors also endorse the National Flood Insurance Program’s Community Rating System (CRS) established in 1990 under which communities earn discounts in their resident’s premiums by undertaking flood risk awareness and protection measures. More than 1,200 U.S. communities—representing two-thirds of the NFIP policies-in-force across the country—are active in the CRS program..

“Significant investments have been made since Katrina to address resiliency goals, but much remains to be done,” write the authors. 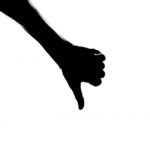 Most Insurance Customers Not Happy with Provider