Attorneys would not be able to collect fees if they sued insurance companies on behalf of a repair contractor or other third party to an insurance contract, if a proposed state law filed this week is enacted.

The insurers blame the increase on the ability of home insurance policyholders to sign over their claims benefits to repair contractors.

At a House Insurance & Banking Subcommittee workshop in Tallahassee on Monday, insurance industry spokesmen said attorneys are coaching water damage repair contractors to persuade policyholders to sign over benefits, then inflating invoices and suing. Contractors say they sue when insurers deny payment or pay less than the invoice amounts.

Insurers called for banning or restricting policyholders’ ability to assign their claims benefits.


Contractors countered that they wouldn’t be willing to repair homes after flooding emergencies without assurance in writing that they would get paid by homeowners’ insurance companies.

Rather than restrict policyholders’ ability to sign over benefits, lawmakers should weed out abuses by requiring certification and regulation of water damage repair companies, several workshop participants said.

Insurers say that abuse of “assignment of benefits” took root in South Florida over the past few years and is now spreading throughout the state. In December, 562 lawsuits were filed against Citizens Property Insurance Co. Ninety-eight percent of the suits involved policies in Miami-Dade, Broward and Palm Beach counties, according to statistics from Citizens. Ninety-one percent of the suits were disputes over water damage claims.

Tobia’s bill states that in “suits based on claims brought by a third party to an insurance contract, such attorneys fees are not allowed if such suit was commenced by or on behalf of the third party or if the proceeds of a court award would be directed to the third party.”

If the bill passes, it would essentially end homeowners’ ability to assign benefits because contractors won’t take jobs without the right to file suit to get paid for their work, said Gary Farmer, a Fort Lauderdale attorney and president of the Florida Justice Association, an organization of trial lawyers. Contractors’ only recourse would be to place liens on policyholders’ homes and let the homeowners sue insurance companies, he said.

“Tobia’s bill is horrible,” Farmer said. “Awarding prevailing party attorneys fees in suits against insurance companies is the rule rather than the exception for very good reason.” Insurers don’t pay attorneys’ fees when they win in court, he noted.

Tobia did not respond to a request for comment made through his legislative aide.

At the workshop, Neal proposed several measures to rein in abusive contractors. They include limiting assignments of benefits to specific work being performed, requiring contractors to provide cost estimates to policyholders, notifying insurers of benefit assignments and allowing policyholders to change their minds within three to five days. His association also supports certifying and regulating water damage repair companies.

Farmer contends that contractor lawsuits against Citizens increased after Citizens started applying a new exclusion giving homeowners just 14 days to file a water damage claim after becoming aware of seepage in their homes.

Farmer predicted Tobia’s bill won’t make it through House committees. Previous legislation that would have allowed insurers to void insurance coverage when third parties are assigned benefits died in 2013 and 2014.

The sponsor of those failed measures, Rep. John Wood, R-Winter Park, said through a legislative aide Wednesday that he would not file any bills on the subject this year because he chairs the House Insurance & Banking Subcommittee. There will also be no committee bill on the topic, Wood’s aide, Brittany Hogue said in an email.

“The only way it will be addressed is through Rep. Tobias bill,” Hogue wrote.

Neal said he will continue to urge lawmakers to sponsor his association’s recommendations during this year’s session. At this stage in the session, it might have to be as an amendment to other legislation, he said. 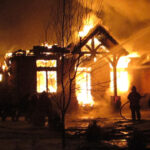