In September of 2014, the Citizens Property Insurance Corp. decided to put an end to an Citizens assessment allocated to pay-off a bond issued by Citizens, a property insurer backed by the state. The bond was created following the 2004-2005 Hurricane season, which saw a total of eight storms. The bond, which was scheduled to be paid off in June 2017, puts Florida’s insurance regulators two years ahead of schedule.

The 2004-2005 Hurricane season was one of the most famous and most devastating of all time. The incredible amounts of damage from these storms left Citizens $1.7 billion short to pay damage claims. By ending the assessment, Florida Insurance Commissioner Kevin McCarty noted that Citizens is now back on track financially. Citizens reports it expects to enter the 2015 hurricane season with more than $4 billion in reinsurance coverage and about $7.5 billion in surplus available to pay future claims.

A spokesperson from Citizens said that based on the insurer’s current size and financial condition, it will enter the 2015 hurricane season with enough resources to withstand a one-in-one-hundred year storm.

If you have an insurance claim filed with Citizens or any other insurance carrier and want to set up a free consultation call The Property Claim Lawyers of The Mineo Salcedo Law Firm. One of our attorneys will be happy to review your insurance policy and conduct a free inspection of your home. 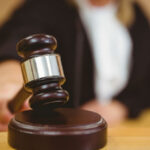 Tips For Preserving Your Case For Appeal 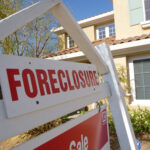