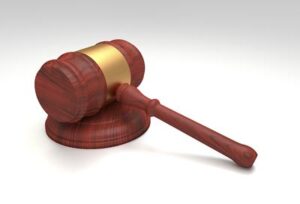 An appeals court Monday pointedly said it is up to state lawmakers — not the court system — to tackle a controversial issue in the insurance industry known as “assignment of benefits.”

A three-judge panel of the 1st District Court of Appeal refused an insurer’s request to rehear a case decided in June.

Also, it declined to ask the Florida Supreme Court to take up a key issue in the case through a process known as “certifying” a question to the Supreme Court.

The issue in the case involves homeowners signing over policy benefits to contractors. In the June decision, the appeals court backed the state Office of Insurance Regulation, which turned down requests from Security First Insurance Co. to restrict the ability of policyholders to assign policy rights without the insurer’s approval.

The practice known as “assignment of benefits” often occurs when homeowners need repairs for problems such as water damage. In such cases, contractors pursue payments from insurance companies.

The insurance industry argues that such assignment of benefits can lead to inflated costs and fraud.

But the appeals court Monday said a “century of precedents” have found that policyholders can make assignments without insurers’ consent.

“We again conclude … that it is for the legislative branch to consider this public policy problem, not the courts, at this juncture,” said the ruling, written by Judge Scott Makar and joined by judges Stephanie Ray and Ross Bilbrey.

“Legislative review provides a more detailed inquiry into the current situation in the industry and greater flexibility in achieving meaningful reforms, if deemed necessary. On the other hand, courts are ill-equipped to pass judgment on the merits of the policy debate at hand, and less likely to be able to formulate a remedy that is mutually beneficial to insureds and insurers.”