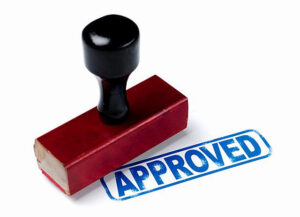 Citizens Property Insurance Corporation’s Board of Governors on Wednesday approved a slate of policy changes to bolster oversight of water loss claims while continuing to protect policyholders who need immediate emergency repair to water loss claims, according to a statement from the state-backed insurer. The move was in response to what the company calls “skyrocketing” water loss claims, particularly in South Florida.

By unanimous vote, Citizens board agreed to modify policy language in response to a surge of questionable water loss claims by limiting initial payouts for emergency services and clarifying ambiguous policy language relating to coverages typically affected by water loss claims. The recommended changes will be forwarded to the Florida Office of Insurance Regulation for approval.

The recommended changes are the first steps, board members were told, to better control costs without jeopardizing customer service following a spike in the frequency, severity and litigation of water claims particularly in South Florida, which last year accounted for 72 percent of all water loss claims. Recent data shows that the claim activity is spreading to other regions of the state, according to Citizens.

The board action comes as lawmakers continue discussions to create a framework governing the use of post-loss assignment of benefits to ensure that customers remain in control of their own claims. Citizens’ contract changes would complement these legislative initiatives, the insurer said.

“The bottom line is these policy changes and clarifications are necessary first steps to keep premiums as low as possible while protecting our policyholders who have legitimate claims,” said Barry Gilway, Citizens president, CEO and executive director. “However, they in no way fix the assignment of benefits cost-driver that must be addressed by statute.”

“Without these changes, Citizens would be forced either to take more draconian measures to curb costs or continue to raise rates,” Gilway continued.

Citizens said water loss claims now account for more than half of every premium dollar collected in Miami-Dade County. The issue, though concentrated in South Florida, appears to be spreading throughout the state.

One result of ambiguous language has been an increase in litigated water claims, Citizens said in its statement. In 2014, 38.4 percent of water loss claims in South Florida (Palm Beach, Broward and Miami-Dade) were litigated, more than double the frequency of litigated claims originating in the region in 2010, according to data from the insurer.

On Dec. 8, the board approved changes to:

Limit initial payouts for emergency services and temporary repairs prior to a report of loss to Citizens. Additional coverage for emergency services will be available following Citizens approval.
Exclude coverage of permanent repairs completed prior to a Citizens inspection of the damage.
Require that claims be reported within 72 hours of when policyholder knew or should have known that a loss had occurred.
Set a limit for additional coverage to restore uniformity of appearance by matching repairs with adjacent undamaged areas.
Clarify language relating to the replacement of plumbing systems following collapse, blockage or deterioration.
In 2014, Citizens said 39.2 percent of policyholders filing water loss claims in Palm Beach, Broward and Miami-Dade counties hired attorneys or public adjusters before filing an initial claim with Citizens. Elsewhere in the state, 4.2 percent of policyholders were retaining attorneys or public adjusters before reporting claims to Citizens. More than 98 percent of all litigated water claims initiate in the three county South Florida region.

“With these changes, Citizens is attempting a surgical approach to protect policyholders and contain costs,” Gilway said.

If approved by OIR, the policy language changes would take effect in mid-2016 for new policies and existing Citizens policyholders when they come up for renewal.