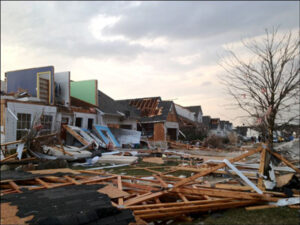 Tropical Storm Erika was treated as a breeze for South Florida. However, it was an effective practice drill for the community.

Tropical Storm Erika teased South Florida for several days. We experienced some flood advisories and lightening but no major incidents.

Many expected South Florida to be out of practice for a hurricane because we have had very few threats since Hurricane Wilma hit in 2005 when it took a surprised U-turn across the Everglades and caused $20 billion in damages.

Yet if South Florida was rusty in hurricane preparedness, it sure did not show any signs of it. Drivers patiently waited to fuel their vehicles. Locals bought supplies out of grocery stores ahead of time and there were minimal reports of impolite shoppers or panic. Many residents put up hurricane shutters and stored outside objects that had the potential of becoming flying projectiles.

Government official had the opportunity to test out their emergency plans. Government Rick Scott declared a state of emergency which allows Florida to seek assistance from the federal government and other states if the need arises.

Many questions are still left unanswered.  The revised flood maps, specifically in Palm Beach cities and western Broward have allowed property owners to opt out of buying flood insurance. What effect will this have in the event that a flood does occur?

Citizens Property Insurance Corp has outsourced thousands of policies to fairly new companies. South Florida has not experienced a hurricane in over 10 years. Will the upstart companies be able to properly respond to a catastrophe?

Are groceries stores and gasoline stations truly prepared? Due to the hour-long lines at gasoline stations after Hurricane Wilma, a law was passed that now require back-up generators at gas stations within a half-mile of an evacuation zones and interstate highways.

Florida Power and Light and other utility companies are also of concern. How quickly can companies like FPL address power interruptions?

Most of these questions can only be answered through actual experiences and for now, will be left for another storm and hopefully another season.

Sinkhole opens up, shuts down traffic 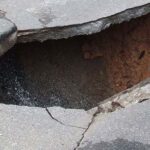