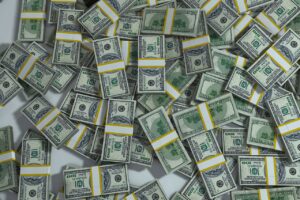 As you may have noticed, several new insurance companies have been entering the market recently. Some Florida insurance companies are so new that they do not even have a sign on their office. Yet, the compensation for the CEO’s of these new insurance companies has grown more than 50 percent in one year, past $7 million, disclosures in April show. Another company did not even exist 3 years ago but is now the fastest growing property insurer in the United States. The market has completely reinvented itself thanks to Florida having the nation’s highest premiums and record departures from Citizens, the state-run insurer. Up to 45,000 customers of Citizens are getting offers from other insurance companies such as Mount Beacon Insurance Co. and Heritage Property & Causality Insurance Co. in June alone. Citizens’ customer base has now dropped to fewer than 600,000 customers, the lowest since its creation in 2002, from a high of nearly 1.5 million customers. This drop in customers has resulted from the lower rates of competing insurers such as Heritage.

11 of 29 companies that had policies with Citizens became insolvent and were taken over by other companies between 2003-2009. Mount Beacon is less than a year old but had 31,871 customers in the beginning of 2015. One reporter could not even find a Mount Beacon sign on a visit to the Pinellas Park address listed in the state corporate records filed on April 29th. The employees there said that they work for a serving agent for the insurer. The company’s website lists a P.O. box address in St. Petersburg and the CEO claims their company is based in South Highpoint.

Heritage, which did not have any customers three years ago, now ranks No. 4 in the state with about 220,000 customers; most of these customers coming from state-facilitated Citizens and failed insurer Sunshine State. Heritage was a publicly-traded firm on the New York Stock Exchange. Their offices in Clearwater, Florida are modern and the CEO enjoyed a boot of more that 50 percent compensation, more than $7.1 million in 2014, shareholder documents show. The CEO holds a company stock of more than $40 million. Heritage contributed $110,000 to Gov. Risk Scott’s Let’s Get to Work committee shortly before it netted close to $30 million on a 2013 deal to take up to 60,000 Citizens customers. Most companies do not have these kinds of deals to take on Citizens customers but the state-run insurer approved this with a 3-2 vote by its board. In 2014, a trade publication named Heritage the fastest-growing property and casualty insurer in the nation with their first quarter earning approximately $30.1 million; their best quarter in the company’s history.

The Heritage executives are not the only ones benefitting from this overnight success. Heritage recently acquired the assets and personnel of SVM Restoration Services; a company founded by the spouses of president, Richard Widdicombe, and former chief operating officer, Kent Linder. The company now provides water mitigation and repair services to Heritage’s policyholders for $2.5million in cash. Even non-employees are benefitting with pay raises from $45,000 to $100,000 in 2015. The growth did not stop there. In addition to June offers, Heritage has been approved for up to 20,000 more Citizens takeouts in July along with up to 10,000 by Southern Oak Insurance Co.

These new and prosperous insurance companies still do not have unlimited power. Mount Beacon and Heritage must meet or exceed criteria just like every other insurance carrier has to. For example, the minimum requirement for an acceptable catastrophe property insurance program in Florida includes the purchase of reinsurance to withstand a 1 in 100 year storm. Although Heritage and Mount Beacon are making record breaking profits, Weiss Rating of Palm Beach Gardens offers a C grade for Heritage and says Mount Beacon is still too new for a rating. Close to 10 years without a hurricane in Florida has certainly helped bottom lines but “the exposure for a lot of the takeout companies, in our estimation, is still too high for their financial strength.” 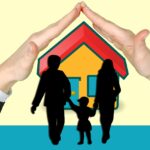 Ensure that you are Insured 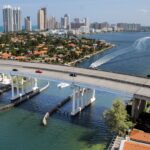