Citizens Property Insurance Corp. reports it returned nearly $310,000 in refunds to affected policyholders in 2014 as part of its efforts to recover claims payments of $4.9 million by pursuing reimbursement from product manufacturers, contractors and other third parties responsible for the losses.

Citizens’ recovery unit was established in 2009. Its eight employees are charged with reviewing claim losses that appear to be the fault of someone other than Citizens’ policyholders. Common causes for recovery include defective products, improper installation and negligent actions of other responsible parties.

Kay Weldon, Citizens claims manager overseeing the recovery efforts says Citizens’ recoveries in 2014 had a direct impact on keeping premiums as affordable as possible while ensuring that Citizens policyholders receive all they are entitled to.

“The funds we recover either go to individual policyholders directly or are set aside to boost Citizens’ surplus to benefit all Florida policyholders,” she said. 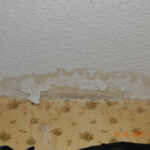 How water damage affects your home 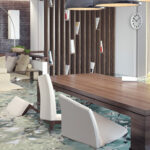